CBD Tinctures Health Benefits For Stuttering, Tourette Syndrome And Ticks, Dementia And Alzheimer’s In The Elderly

CBD Tinctures and Health Benefits For Diseases and Disorders

CBD is one of nature’s best kept pharmacies. As we’re rolling into 2020 like a train on fire, the popularity of CBD leaves little wonder. Known for endless benefits including relieving stress, anxiety, and offering pain relief, CBD Tinctures are a great way to experience the benefits of CBD with ease and variety. We know all about these common ailments that CBD can help with, but what about lesser known disabilities and benefits? Can CBD tinctures really help with speech impediments? What about Alzheimers and Dementia? Let’s take a look at what we know so far. 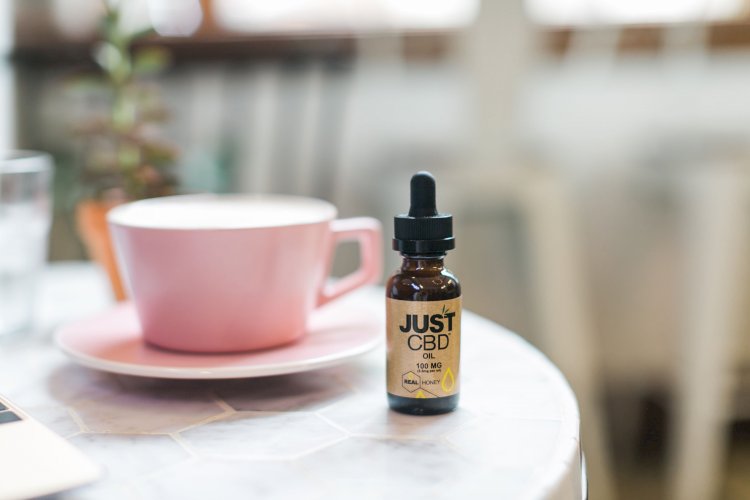 While not a life threatening disorder, stuttering and other speech impediments can cause a great deal of emotional and psychological stress to those who suffer from them. Many famous people we know today have experience with stuttering. Popular TV host Steve Harvey, rock singer Noel Gallagher, actor Samuel L. Jackson, and actresses Marilyn Monroe and Nicole Kidman all have stuttering in common. In order to explore how CBD might help with stuttering and speech, let’s dive into what stuttering actually is.

Stuttering is a disorder in speech communication. When we speak, we are considered fluent. Interruptions in our speech, such as stuttering, are referred to as disfluencies. There are three main types of disfluencies: Repetitions (c-c-c-cat), prolongations (ssssssock), or blocks (an absence of sound). A person may exhibit a combination of all of these disfluencies as well. People who stutter also tend to have tightened facial muscles and stiffness in the upper body. We don’t know exactly what causes stuttering, however we think it’s linked to the communication center in the brain and there may also be a genetic component to it. There is no cure for stuttering or speech impediments.

With no known specific cause, this leaves plenty of treatment options available. Along with traditional therapies like speech therapy, CBD tinctures can have a deep positive impact on people who suffer from stuttering. Anecdotal evidence has shown that thanks to CBD’s ability to provide a nice full-body calm, people who have stutters find that their decrease in anxiety and stiffness eases their symptoms of stuttering. The spastic nature of stuttering can also be subdued by CBD as the terpenes, naturally occurring compounds in hemp that are responsible for unique aromas and flavors, are responsible for relaxing motorskills. This is partly why CBD is so effective at treating symptoms of multiple sclerosis (MS). While the spasms induced by stuttering are not the same as those by MS, the principle of how receptors are inhibited by certain cannabinoids, terpenes, and flavonoids remains the same. More research needs to be completed in this field and hopefully as restrictions ease and attitudes change toward CBD and cannabis further treatment options and greater understanding of how CBD can be used to treat disabilities like stutter will be made. 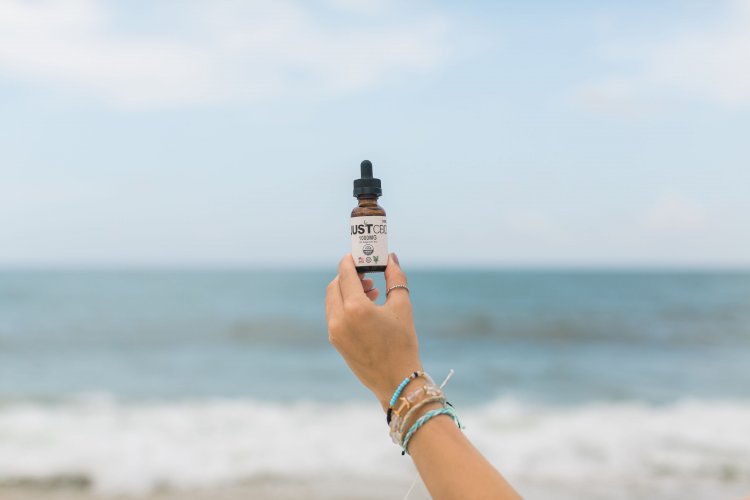 Like stuttering, Tourette Syndrome has no cure and can cause deep emotional and psychological scars for those who suffer from it.

What is Tourette Syndrome?

Tourette Syndrome is a type of tic disorder. Tics are defined as  involuntary, repetitive movements and vocalizations. Motor tics can be anything from blinking and grimacing to more obvious movements like shrugging or arm jerking. Vocal tics can include sniffing, throat clearing, and grunting to more obvious vocalizations like shouting. The commonly portrayed vocal tic of swearing or shouting vulgar and insensitive slurs only accounts for 10-15% and is often used inappropriately for comedic value, something that is very damaging to those who suffer from the condition. There is no known cause of tic disorders, though research suggests a genetic component.

The common treatment for Tourette Syndrome is antipsychotic drugs like Haloperidol or sedatives like Clonidine. These carry serious side effects and symptoms so it’s not a stretch to see why other options for treating tic disorder are being researched. Unlike these drugs, CBD carries very risk in terms of side effects. There is preliminary research that demonstrates that THC, the agent responsible for cannabis’ psychoactive effects, works really well on patients with tic disorders, however THC is still largely illegal in most countries. New research has started being produced on the effects of CBD on Tourette Syndrome and tic disorder and it has had some very promising results. As we know, CBD is an anandamide reuptake inhibitor. To review, this means that CBD inhibits, or stops, the breakdown of anandamide (the chemical in our bodies that make us feel happy or joyful) and therefore increases its levels in our body. In doing this, the anandamide builds up in our brain and can reduce muscle spasms, seizures, and involuntary motor tics. This is also why CBD is known to help reduce anxiety, insomnia, depression, and even aggression in people,  all of which can worsen symptoms for someone with tic disorder. Having these symptoms managed leads to better outcomes for patients. Additionally, physical pain that might occur as a result of the involuntary motor tics can also be addressed by CBD tinctures in a quick and efficient manner. Finally, in some cases, there is evidence that CBD administered alongside traditional medications used to treat tic disorder may even increase their efficacy due to the way in which they bind to CB1 and CB2 receptors. 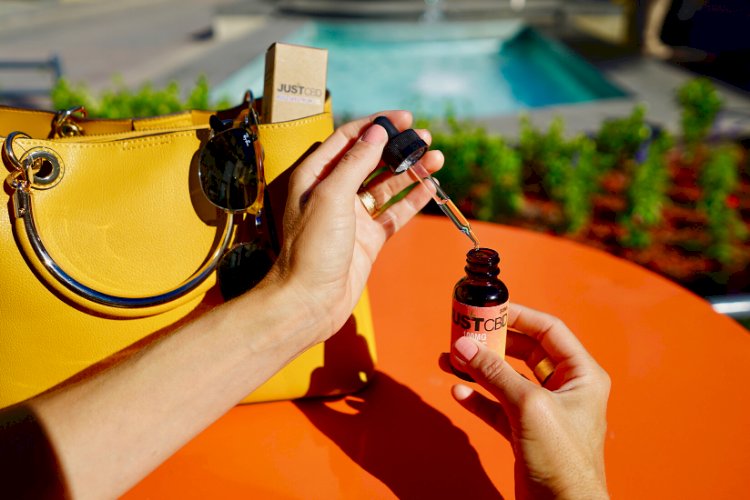 CBD Tinctures For Dementia And Alzheimer’s in the Elderly

We’re facing new challenges when it comes to our aging population. With the Baby Boomers aging and living longer than ever, treating dementia and diseases like Alzheimer’s is essential. Many of us will experience some degree of memory loss as we age, however some people will experience diseases like Alzheimer’s, which posit a real challenge for caretakers and patients alike.

Dementia is a broad term given to disorders that affect the brain. Dementia is progressive in nature, meaning that as time goes on, symptoms will worsen. Common symptoms of dementia include memory-loss, cognitive complications like problem-solving or concentrating, and sometimes changes in mood or behavior. Head trauma, diseases like Parkinson’s or Alzheimer’s, and even stroke can cause the onset of dementia.

Alzheimer’s was first identified by Dr. Alois Alzheimer in 1906. He identified what are known as “plaques” and “tangles” which are visible symptoms of the disease. Plaques are basically what they sound like; deposits that prevent signals from being transferred between nerve cells in the brain. This plaque is made up of a protein known as “beta amyloid”, or A-beta. When the signals are no longer able to transfer, the cells begin to die. Tangles are clumps of fiber protein material known as tau ( pronounced taw). In healthy brains, tau is like a highway for nutrients and materials to cross in order to keep the brain alive. In a brain with Alzheimer’s the tau pathways are twisted and tangled (hence its name), meaning the nutrients and materials cannot get across and the brain cells begin to die. Symptoms of Alzheimer’s vary widely but are generally broken down into the following categories: cognitive and functional ability (the ability to understand and complete tasks, make decisions, and remember), mood (becoming withdrawn or apathetic), behavior (physical outburst, repetition of phrases or words, or otherwise uncharacteristic behavior), and physical ability (mobility, loss of coordination). Sadly, Alzheimer’s is a fatal disease with no known cure, however due the varying severity of the disease, some people may be diagnosed with it and live quite well for a time before advanced stages begin.

How Can CBD Tinctures Help Relieve Dementia and Alzheimer’s?

There is still a lot of research to be done in this area, however we do know that CBD is an excellent anti-inflammatory. Recent studies show promising effects of CBD at reducing inflammation in the brain and assisting with the prevention of brain cell death. This could help delay the effects of Alzheimer’s. When the tangles form, inflammation occurs and leads to the death of the cells. CBD acting as an anti-inflammatory could greatly improve quality of life for patients. Scientists have also discovered that when inflammation occurs in the brain, additional oxygen is also released and this impedes memory and leads to deterioration. Reducing brain inflammation is certainly an important component to treatment, and since CBD is an antioxidant, it can help relieve the stress on the brain or even reverse the effects of the oxygen release. The anti-inflammatory properties of CBD help with all forms of dementia and can help maintain better brain function without the side effects of most pharmaceutical drugs. In addition to its anti-inflammatory effects, CBD is also great for treating mood disorders and tics, two other common symptoms of dementia, especially diseases like Parkinson’s where tremors are prevalent. There is also research suggesting that certain behaviors like aggression and agitation are reduced in patients who take CBD. The easy nature of taking a CBD tincture is especially useful as patients can have their doses mixed in their daily coffee, juices, food, etc. This is quick and simple without requiring coordination on their part. Additionally, there is no evidence of overdosing on CBD, therefore if patients are initially in charge of their own medication, it is okay if they accidentally take more CBD than required in the event they forget they already took it.

Hope For The Future

With CBD finally becoming legalized in the US and other countries, the ability to research its effects have finally increased tenfold. New and exciting discoveries are being made and research grants and funds are being dedicated in the health field. Various Alzheimer’s and dementia associations, as well as linguistics and childhood development programs are finally able to look into the depths of CBD as a treatment option. While the findings are currently preliminary, there will no doubt be new and exciting discoveries on the near horizon.